Multiple Choice Tests and Ways to Deal with them 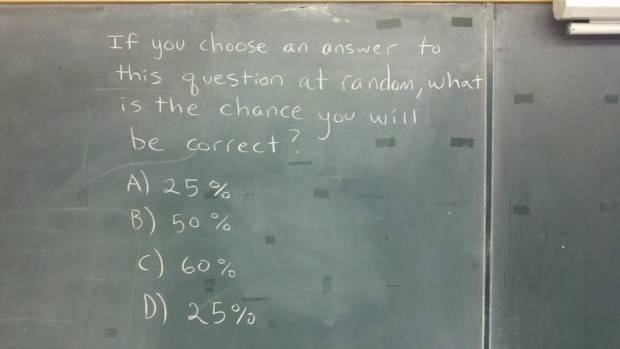 One thing, at least in my school, that I always find interesting is the types of tests that people like to take. While it seems obvious to me that most people hate taking short-answer quizzes, it shocks me that True/False tests are not well-received either. After all, the teacher is giving you the best deal they can give you without outright telling you the answer: a 50-50 chance! However, I suspect it is just because people always feel as though they end up guessing incorrectly, causing them to hate those types of tests.

Yet the test that everyone always seems to enjoy the most is multiple choice. For some, strange, inexplicable reason, people enjoy multiple choice more than True/False quizzes, even though True/False quizzes are essentially multiple-choice quizzes with only two answer choices. It seems as though people enjoy having the luxury of having a small pool of answers to choose from, but not too small, lest their choice feel like a decision that they have to make.

No matter if you enjoy multiple-choice tests as much as the people in my school, or if you hate them with a passion, you still must take them. And unfortunately, we’ve all been in the situation when we’re attempting to decide between two or three answer choices, and later curse our bad luck when we choose the bad one. Still, don’t panic just yet. In the many, many years that I’ve taken multiple-choice tests, I’ve noticed a couple of key patterns and tricks that you can use to your advantage. Just listen closely, and I’ll tell you some of the secrets to performing well: 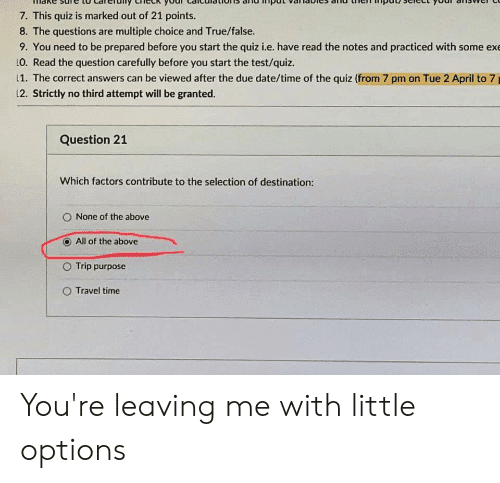 Imagine you’re a teacher, and you’re writing a multiple-choice test for your students. As you continue, you include the classic, “All of the Above”, choice as one of the possible answers in your question. However, should you put that as the correct answer?

The above scenario is one that many teachers face when writing tests, and I will let you in on a secret: the answer is usually yes.

After all, assume the contrary, and that the answer is not “All of the Above.” If you can eliminate even one incorrect answer choice, you end up getting a two-for-one deal! After all, you then will also know that the answer is also not “All of the Above!” This is a ridiculously good deal, as you have already narrowed it down to two answer choices!

Also, writing “wrong” answer choices is much harder than writing “right” answer choices. Imagine yourself playing “Two Truths and a Lie” with some of your friends. It’s pretty simple to think up ridiculous things you have done in your life, but making believable things completely out of the blue is much harder. Teachers face similar difficulties when making incorrect answer choices.

2. None of the Above 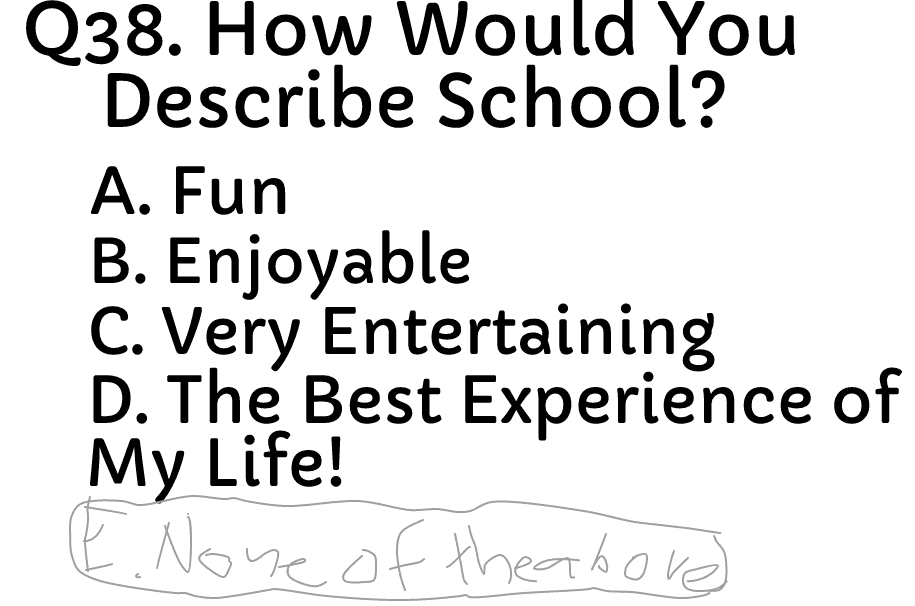 When all else fails, just write your own answer choice into the test! 🙂 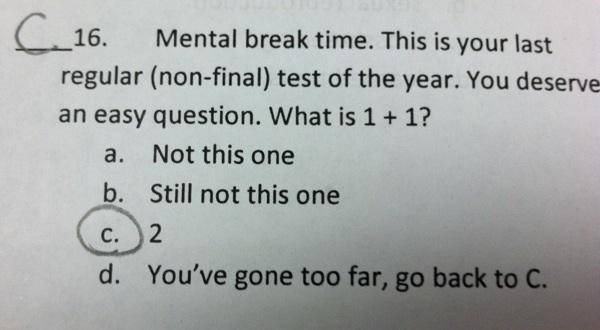 How can the answer possibly be C? I'm still trying to decide between A and B!

Last, and certainly not least, we have the infamous, “stuck between two answer choices“ situation. This is something we all hate. In our minds, these choices have equal probabilities of being true. Equal probabilities of us getting the grade that we want… and not. And in the end, we have to go with a decision.

And unfortunately, I can’t provide you with a surefire method that will allow you to successfully choose the right answer choice every time. However, something that you should definitely do in this situation is TRUST YOUR GUT.

This is vital; what your gut instinct tells you is essentially a quick search through all of your brain’s memories (or at least what it remembers), and telling you what it thinks the answer is based on that. As a result, going with your first instinct always has a higher chance of being right.

You may be tempted to switch and change your mind, but I strongly encourage you not to do this unless you have a great reason to do so, such as you identified the flaw in your original reasoning and resolved it the second time around.

And again, since this is a common, annoying situation that everyone must face, I will tell you one more time: TRUST YOUR GUT!

And that’s all for now! Hopefully, now, you’re much more educated on multiple-choice testing strategies and will be able to use them to earn that higher grade that you’re hoping for. 🙂